During my visit to Dublin, Ireland in August 2011, I spent a lot of time walking around with the friends I made in the city. One of the beautiful areas that I especially enjoyed was walking along the River Liffey. You may remember a previous shot I posted for March’s photo-essay: Bridges in Fish-eye. https://dailyjaunt.wordpress.com/2012/03/04/day-11-march-4-2012-bridges-in-fish-eye-dublin/

Today, I stumbled across a photo taken of the 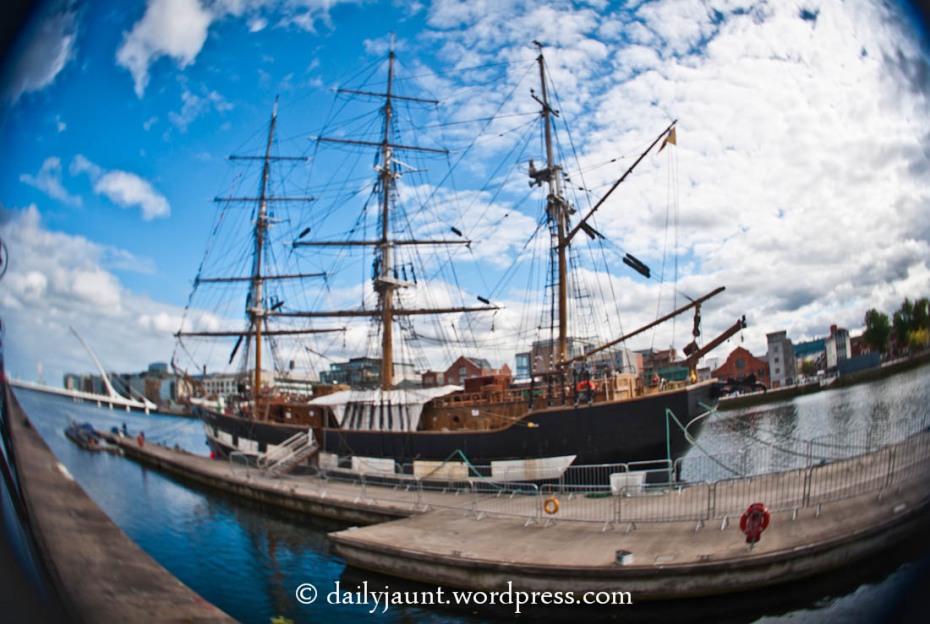 The Jeanie Johnston Tall Ship and Famine Museum near the Samuel Beckett Bridge on the River Liffey in Dublin, Ireland in August of 2011.

. The stark contrast of the sky against the masts stuck me, so I thought I would share!