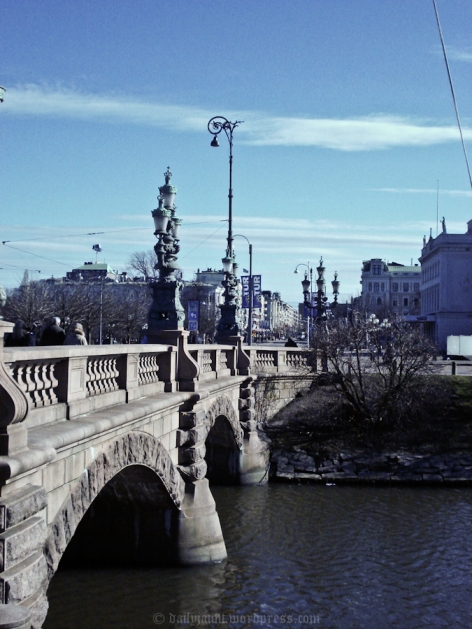 While enjoying my first trip to Sweden in 2007 visiting my uncle, his wife and my cousin, we ventured across many bridges in Gothenburg, Sweden.This particular bridge is called Kungsportsbron. It is a bridge over the moat in central Gothenburg, connecting Kungsportsavenyn with Kungsportsplatsen.

The bridge is named after the King’s Gate, a city port that was demolished 1836-1839. It was designed by architect Eugene Thorburn in the Italian Renaissance style and was opened August 14, 1901 by King Oscar II. That information brought to you by a combination of Swedish wikipedia and Google Translate.

The stone work and street lamps strike me most when looking at the bridge, but if you’ve followed this blog for a while, you know that I have a thing for bridges and bodies of water.

Thanks for stopping by!